A SECRETARY by Maitrang Nguyen 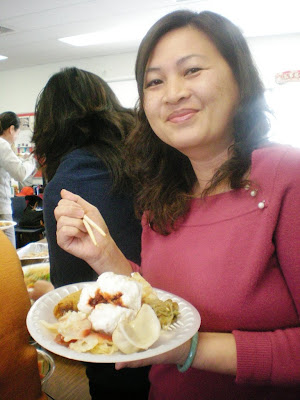 After I graduated from high school in Viet Nam, my initial job was a secretary of a Shoe Company where many kinds of shoes were made and sold to the Soviet Union.

I worked in the Shoe Company's office in Saigon. There were eight office workers who were affable and honest. I needed their help when I was training as a secretary. I learned how to make a presentation. After that, I was trained to type on a manual typewriter. It was the kind of machine that used carbon-paper between the white sheets of paper. I carefully put them in the manual typewriter and used the power of my arms and hands to type it. I got really tired while I was typing.

My salary was average, but I had medical benefits. I gave all my salary to my mother and I was really interested in my career.

A few years later, my company slipped in the economic depression. I changed my job to become a bank teller and then a supervisor. I had enthusiasm for my new jobs, but I will always remember my first occupation being a secretary.

Now I am living in th United States. With my skills and the experiences i have had, I plan to become a pharmacy technician.
Posted by US Citizenship Podcast at 12:01 AM